A new study shows that experiencing a burglary is a serious threat to people's mental health. The survey is from the British charity Victim Support and the home security company ADT. Researchers interviewed 1,000 people who had been burgled. They found that a quarter of them suffered from anxiety or forms of depression, while a further 25 per cent felt saddened by the thought they could no longer protect their home and family. The researchers said that feelings of insecurity set in for many people after a burglary. They reported that 37 per cent of burglary victims suddenly became afraid of being mugged in the streets, something they had not feared before being burgled. 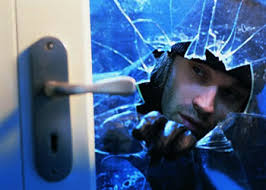 Professor Paula Nicolson from the British Psychological Society warned that people and the police underestimate how serious a crime burglary is. Many people fail to realise it can leave people traumatised. She said: "Burglary is frequently seen as a minor crime – one that may be resolved and forgotten by the victim….However psychologically and emotionally the experience of being burgled is likely to have a severe emotional outcome for many victims who were, up to then, leading ordinary lives." She added the undue trauma resulted for some people in "the compulsion to move house, depression, anxiety, sleeplessness and even marital breakdown".