It's offical-July was the hottest month on Earth since scientists started recording the planet's temperatures. Data from America's National Aeronautics and Space Administration (NASA) reveal that last month, the Earth hit its hottest temperatures since records began 136 years ago. NASA spokesman Gavin Schmidt tweeted: "July 2016 was absolutely the hottest month since the instrumental records began." It beat the previous hottest July in 2011 by 0.11 degrees Celsius, which scientists say is a substantial amount. According to NASA, July was the tenth straight month of record-breaking temperatures. It looks like the year 2016 might now become the hottest year on record. 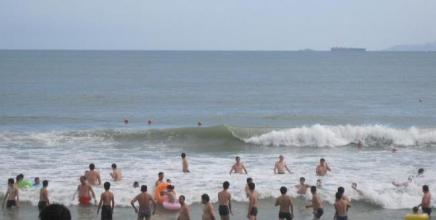 The science website gizmodo.com stated that July could be the hottest month since prehistoric times. It said: "In all likelihood, it was the hottest month since the last interglacial period ended 125,000 years ago." Meteorology expert professor Jason Furtado said: "It's a little alarming to me that we're going through these records like nothing this year." The news organization Climate Central reported that the record temperatures of the past few years have been caused by the burning of fossil fuels and the occurrence of the El Nino weather phenomenon. However, Australian politician Malcolm Roberts recently rubbished climate change as a conspiracy theory and accused NASA of corrupting climate change data.