Researchers from the Massachusetts Institute of Technology have found the gene that could help people forget traumatic experiences. They say the research could benefit people with painful memories. Soldiers, crime victims and people who survived natural disasters are some of the people this research could help. Many of these people suffer from very bad stress because of their memories. It is an illness called post-traumatic stress disorder (PTSD). The scientists found the memory gene in mice. They hope that one day they can erase painful memories in humans. They think they can replace upsetting memories with more positive thoughts and feelings. This would help millions of people who suffer from PTSD. 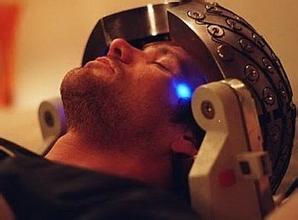 The head researcher, Li-Huei Tsai, did many tests to make mice forget their fear. Scientists put the mice into a cage and gave them a small electric shock. After many shocks, the mice became afraid of the cage. They were stressed when they saw it. Once the mice had "cage shock," the scientists put the mice in the cage again but didn't give them an electric shock. After a period of time, the mice no longer feared the cage. Positive feelings replaced their stress and fear. The scientists looked at the brain activity when the mice were afraid and when they were not afraid. They were surprised to find the gene that replaced old memories with new ones. They will now try to find this gene in humans.