A new kind of fast food is having a big impact in Australia. It has helped to bring Australian people together, and it has been named as the People's Choice Word of the Year 2016 by Australia's Macquarie Dictionary. It is the "halal snack pack", also known as an "HSP" in Australia. It is a combination of kebab meat, potato fries and a special spicy sauce. Although the snack was created in Australia, it has its roots in the Middle East. It has become a symbol of multiculturalism in Australia as more people become aware of halal food. There is even an HSP group on Facebook that has over 180,000 members. The site is for, "sharing great snack pack stories and discussing possibly the best snack pack in the world". 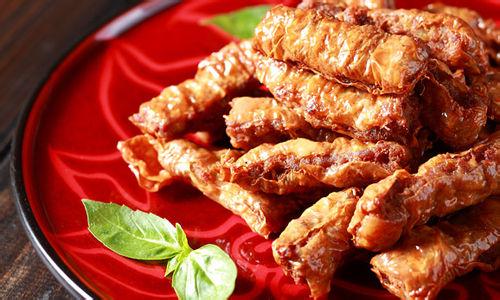 The halal snack pack has created a lot of discussion in Australia, especially after far-right politician Pauline Hanson refused to eat one. She said halal meat was unacceptable in Australia and that "98% of Australians" were against it. However, she could not provide any evidence to support her statement. Ms Hanson's words and actions have made the HSP more popular. Keysar Trad, president of the Australian Federation of Islamic Councils, said HSP winning word of the year was fantastic. He said: "If you're able to find it in the dictionary, it takes away the mystery. It brings people comfort and satisfaction that there's nothing sinister about the word "halal". It's all about what's positive, what is good and wholesome."