More and more people are speaking to their computers or mobile devices to search for things online or on their hard drives. Voice recognition technology, like Google's Voice Search or Apple's Siri, means our technology is beginning to understand what we are saying. The technology research company Northstar recently conducted Google's Mobile Voice Study and found that voice searches on mobile devices have more than doubled in the past year. Northstar said that voice search is a lot more popular among teenagers than adults. Researchers interviewed 1,400 Americans. They found that 55 per cent of teens use voice search at least once a day, compared with 41 per cent of adults. 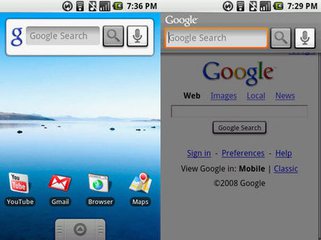 Google's Vice President for Conversational Search explained how important voice search is becoming. He said: "Voice search is a key feature of the Google app that's becoming ever more important as people spend more time on their mobile phones." The research found that many teenagers thought voice search was a normal part of technology, whereas adults said it made them feel "tech savvy". Both teens and adults used voice search to multi-task while watching TV or cooking. Researchers said people used voice search for different purposes. One important use for teens was to study. Almost one-third of the 13-18-year-olds surveyed said they ask their phones for answers to their homework.