JUDY WOODRUFF: Now to the latest twists on the road to the White House, as the Democratic presidential candidates set their sights on South Carolina. Lisa Desjardins begins with a look at how the focus is centering on one candidate to beat.

LISA DESJARDINS: The Democratic race for president is now operating essentially on Bernie Sanders time. Following his massive win in Nevada Saturday, the Vermont senator is setting the pace to beat. Here he was in Texas over the weekend with a big crowd and big energy.

SEN. BERNIE SANDERS (I-VT), Presidential Candidate: In Nevada, we have just put together a multigenerational, multiracial coalition, which is going to not only win in Nevada; it's going to sweep this country.

LISA DESJARDINS: Sanders is ahead in national polls, just as the race is about to shift into supersonic mode. Next up, 54 delegates will be at stake in Saturday's primary in South Carolina. But then, just three days later, 1,344 delegates will be up for grabs on Super Tuesday, when the primary race goes semi-national. Fourteen states vote that day, along with American Samoa and Democrats abroad. The result, each campaign has limited time and their own plan to tackle Bernie. For former Vice President Joe Biden, it's about one key state, South Carolina, where he visited a church yesterday, and hopes to be the first contender to beat Sanders in popular vote. Outside, he singled out Sanders over a recent report from The Atlantic that Sanders considered running against President Barack Obama in 2012. 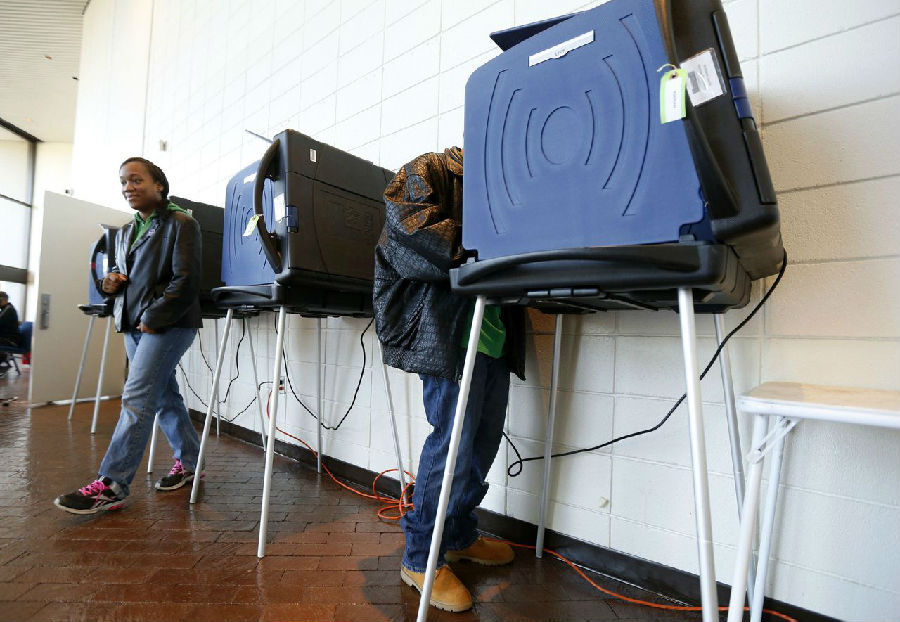 PETE BUTTIGIEG (D), Presidential Candidate: I'm so excited to be with you.

LISA DESJARDINS: Another tactic, go wide. Former South Bend, Indiana, Mayor Pete Buttigieg spent the weekend first in Colorado, then in Virginia, challenging the tone from Sanders and those who back him online.

PETE BUTTIGIEG: I respect my friend Senator Sanders. I believe the ideals he talks about are ideals we all share. But I also believe that the way we will build the movement to defeat Donald Trump is to call people into our tent, not to call them names online.

LISA DESJARDINS: Today in South Carolina, marching for a higher minimum wage outside a McDonald's, Buttigieg faced a sharp challenge himself.
Protesters followed him to his car and chanted about his record as mayor. Even Massachusetts Senator Elizabeth Warren, in Colorado, is now taking on Sanders, a change from days of stressing camaraderie with him. Her approach in Denver, Senate process.

SEN. ELIZABETH WARREN (D-MA), Presidential Candidate: People ask about the difference between Bernie and me, because there are a lot of places where we agree on what we want to fight for, but here's a big dif: Bernie supports the filibuster. I'm going to get rid of the filibuster, because I want to get something done.

LISA DESJARDINS: Then there is the Northern campaign, taken by Minnesota Senator Amy Klobuchar, focusing on her home state and nearby North Dakota this weekend. As they race around the country, Democrats are also competing for key groups. Result? Some are still launching big policy ideas. Sanders, who dominates with the young, is speaking to families, this morning releasing a sweeping plan to guarantee free full-time child care or pre-K for all infants and kids too young for school. For Biden, relying on minority support, it's housing. His new plan would spend $640 million to address racial discrimination and increase affordability. And Warren, who appeals most to middle-aged Democrats, is hitting a hot topic with the young, marijuana, stressing she wants to decriminalize pot, including by executive action, if necessary. What of former New York Mayor Mike Bloomberg? His biggest push remains in the media. He wasn't on the ballot in Nevada, but surely caucus-goers and tourists who can vote in the future saw his anti-Trump campaign billboards on the Las Vegas Strip. Twitter users, however, may no longer see some pro-Bloomberg tweets. The Los Angeles Times reported that the company is suspending 70 pro-Bloomberg accounts for manipulating the platform. But his campaign's media operation also went after Sanders today for the NRA's long-ago support of Sanders for a U.S. House seat. The candidates will have one other rival on stage with them at the South Carolina debate tomorrow. Activist and billionaire Tom Steyer made the polling threshold, thanks to help from the Palmetto State, where he is in the top three.