"I'm going to retire," Parker told The Undefeated. "I decided that I'm not going to play basketball anymore."

“我要退役了，”帕克告诉媒体《不败之地》：“我再也不打篮球了?！?/div>
The 28th overall pick by the San Antonio Spurs in the 2001 NBA draft, Parker had previously said his goal was to play 20 seasons.
作为2001年NBA选秀大会上被圣安东尼奥马刺队选中的第28顺位球员，帕克曾说过，他的目标是打满20个赛季的篮球。
He ended shy of that goal, but the future Basketball Hall of Famer finished his career with numerous accomplishments.
虽然他最终没有达到那个目标，但这位未来的篮球名人堂球员，以数不胜数的成就结束了他的职业生涯。
Parker formed one of the greatest trios in sports history with Tim Duncan and Manu Ginobili. Under coach Gregg Popovich, they won four championships together in San Antonio, and Parker became the first European player to win Finals MVP honors in 2007.
帕克与邓肯和吉诺比利组成了运动史上最伟大的三人组合之一。在主教练波波维奇的带领下，他们在圣安东尼奥共赢得了4个总冠军，帕克也成为第一个在2007年赢得总决赛最有价值球员荣誉的欧洲球员。
A six-time All-Star, Parker played in 1,254 games and finished with career averages of 15.5 points, 5.6 assists and 2.7 rebounds.
作为六届全明星，帕克参加了1254场比赛，职业生涯场均15.5分，5.6次助攻和2.7个篮板。 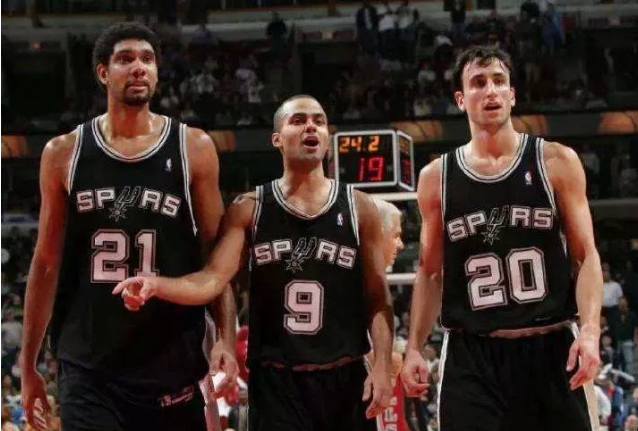 Parker, 37, told The Undefeated he feels physically good enough to play two more seasons but in his mind he believes it is time to walk away.

帕克已经37岁，他告诉媒体《不败之地》，他感觉他的身体条件足够支撑他再打两个赛季，但是理性来看，他觉得是时候离开了。
"A lot of different stuff ultimately led me to this decision," Parker said. "But, at the end of the day, I was like, if I can't be Tony Parker anymore and I can't play for a championship, I don't want to play basketball anymore."
“许多事情混杂在一起，让我最终做出了这个决定，”帕克说：“但是，最终，我想，如果我不能再做一个出色的帕克，如果我不能为冠军而战，那么我也不想再打篮球了?！?/div>
Parker plans to live in San Antonio post-retirement but will spend time in France as the owner and president of ASVEL, a French professional men's and women's basketball club.
帕克计划退休后住在圣安东尼奥，但作为法国职业男子和女子篮球俱乐部ASVEL的老板和总裁，他还将在法国生活一段时间。
He is also opening the Tony Parker Adequate Academy, an international school in his hometown of Lyon, France, later this year.
今年晚些时候，他还将在家乡法国里昂开办托尼帕克篮球学院，这是一所国际型学校。