It appears Miami Heat guard Dion Waiters has done a substantial amount of damage to his career in the early goings of 2019-20.

Returning from his third suspension of the season before we even hit the new year, Waiters is at once both undesirable and untouchable.

Waiters has been suspended for 23 games thus far, and nobody would put it past him to find himself suspended again down the road if he was to remain with the team.

No one team's front office or teammates can put up with Waiters, who earlier this season infuriated Miami's front office by eating contraband candy on the plane.

The Heat's rookie, David Shiloh, performed so well that he took his place, which also led to his discontent, and then self-willed misbehavior that reduced him to the point where there was no ball to play.

He'll miss out on about $835,000 in salary, raising his total missed through suspensions (he was also shunned from the season-opener) to about $920,000 this season.

That doesn't include a $1.1 million roster bonus he could have gotten by playing in 70 games, a number that is now officially unattainable.

All told, this has cost him $2 million and counting.

ESPN's NBA Insiders looked at how his dubious reputation, coupled with a burdensome contract, has made it nearly impossible for Waiters to continue his career either in Miami, or elsewhere in the NBA. 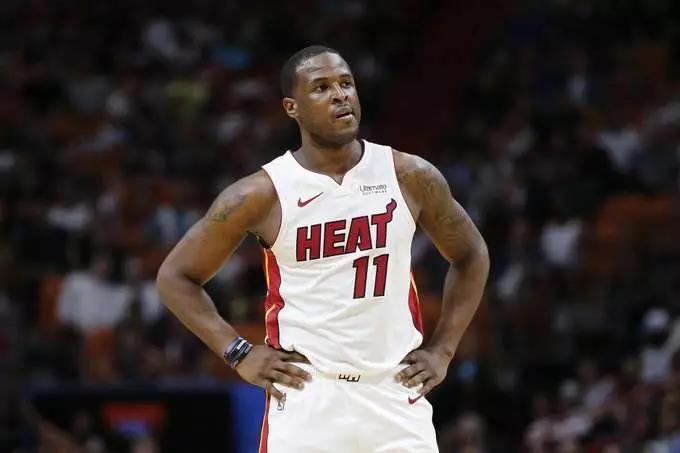 "Although every executive agreed that Waiters is untouchable when it comes to a trade, there was a split on whether he will be on the roster when the season ends," reported the NBA Insiders.

The Heat could waive him now and remove the headache, but he will be owed $20.5 million, and the team wouldn't receive any salary relief.

The other option is to keep him on the roster but away from the team, hoping for a resolution this summer.

One thing that every team agreed upon: Waiters'career is likely over, barring an incredibly unlikely turnaround.

That is why Waiters'entertaining a buyout should be off the table.

Even if he signed a contract next season, it would be for a minimum, non-guaranteed $2.6 million salary, making it difficult for him to recoup whatever he would give up in buyout talks.”

He just 27 years old and has shown that he has enormous talent.

His confidence level is absurd, he believes he's one of the best shooters on the planet, and whatever happens in Miami will not be the end of his NBA career.